Our heating and air conditioning system is most likely the most expensive mechanical system in our home. It is also the most important system for the protection of what is most likely our biggest investment, namely our home. Most home owners know very little about this system, other than the operation of the thermostat that controls it. Turn on the heat, turn on the cooling, set the temperature, and you are on your way. In a survey of homeowners that were asked what brand heating system they had in their home, the most popular answer was Honeywell. This was a peculiar response because Honeywell does not make heating or cooling systems. They do have the largest share of the Thermostat market, so naturally people saw the Honeywell logo on the thermostat and you see my point that there is very little interest in what is in the basement or the fan sitting outside next to the house.

The story you are about to read highlights the horrible financial penalty we may suffer when we don’t pay attention to this important system. There is one time when we all learn more about our heating and cooling systems. That is when they no longer magically make the house warm in the winter or cool in the summer. It is usually on a very cold day or a very hot day.

Here is the story.
Fred settles in his favorite chair with a cup of tea in his cozy cape cod at 13 Main Street. He clicks on the TV to watch his favorite sitcom. Twenty minutes in, he notices it is getting a little uncomfortable so he goes to have a look at the thermostat. Houston, we have a problem, it is set at 70 degrees and it is 64 in here. Now, for the first time, he makes the trip to the basement to have a look at the magical machine that has taken such good care of him in the past. He fights through the spider webs and stands in front of the heater. Not much to see here just pipes and wires going in to a metal cabinet and nothing is happening. Oh wait, there is a faded sticker with a company name and a phone number that says for service call us. Fred dials the number and a nice lady answers the phone. He tells her he thinks the heater is not working. She is confused and says she feels perfectly comfortable and asks that he please not call her again about selling her a heater. Guess that company is no longer in business. It’s time to Google a new heating company. Wow, there are lots of them so this shouldn’t be too bad. His first call is an answering machine so he moves on. Finally, three calls later, a live person answers, and he starts to explain his situation until he is cut off by the friendly person who tells him they are an answering service. They ask for his name and number and tell him a technician will call him shortly. He takes another look at the thermostat in the hope that this was all a bad dream, but no, it is now 62 degrees. Twenty minutes later, the phone rings. It is the technician from the heating company. Fred tells him about the heating issue. The technician starts asking questions… Did you check the circuit breaker? Did you check the emergency switch? Did you check the filter? Have you paid your gas bill? Fred checks everything and all switches and breakers are on. It is definitely broken. He tells Fred that he can come out tonight if He willing to get a second mortgage to pay the emergency call out fees. He decides to wait until morning so he will be charged the regular rate. Oh shoot, he forgot about that project meeting at work. He will have to call his boss in the morning.

The next morning, the technician shows up. It is now 48 degrees in the house. Fred shows him the way to the basement. Twenty minutes later, he returns with the news. The main heat exchanger in your unit has failed and they no longer make the part. Your unit will have to be replaced. Fred asks him how much a new unit costs and the technician says he will contact his company’s estimator to set up an appointment. The estimator can meet him at 2:00 in the afternoon. He thinks of how busy he is at work, but the temperature in the house is dropping like a stone so he takes the 2:00 appointment.

The estimator takes a look at his system, and tells him about the various options for a new system. He tells him he will send him a proposal in the next couple of days. Fred asks him if he could get a proposal today so he can make a decision and get the job done tomorrow. He politely tells Fred that his company is busy and booked out a week and half. “You know the cold weather we have been having”, he explains. As he is walking to the door he turns and says, “Oh by the way, you are probably going to want to get some sort of temporary heat in here or drain your plumbing pipes so they don’t freeze. It is going down to the single digits tonight.” Panic has just set in. The project at work, the freezing pipes, and to top it all off his wife is coming home from a business trip tomorrow evening. Suddenly, he remembers an advertisement in the paper for a company that does next-day heating system replacements. He finds the paper and calls the number. They can have a salesman there in 45 minutes. He calls his boss to let him know he will be out the rest of the day.

The salesman shows up and gets down to business. “Here are your options… which one do you want? We can do it tomorrow.” Fred looks at the price and wonders why a heater would cost as much as a compact car. His head is about to explode and He keeps hearing his father’s voice saying, “always get three estimates before you make a large purchase.” He snaps out of it as he hears the salesman say he can finance the whole deal. The pressure is too great, his job, the freezing pipes, and the possibility that his wife returns to an ice palace. He signs the papers. The salesman thanks him and leaves. He thinks to himself, I have no idea what I just bought.

The next morning, the installers from the company show up. They are polite, and get down to business. Fred goes to work and hopes everything goes well. He comes home and the house is becoming livable at 62 degrees and rising. Two hours later his wife walks in to a comfortable 70 degree house. Disaster averted! Or was it….?

The next day, he gets the mail and the proposal from the first company that came out is in there. Something tells him not to open it but the curiosity is too much. He looks at the proposal and he feels sick. The same unit he just bought was over $5000 less. A week later, Fred hears the news that his coworker got the promotion he was coveting. His coworker stepped up and worked overtime to meet the project deadline. One month later, he hears his wife yelling his name and asking why the monthly payment for the heater is so high and why the interest rate is 24%. It is going to take some time to get over this, and all because of a broken heater.

What could Fred have done differently? First off, don’t wait for your heater to break to start a relationship with an HVAC company. Regular maintenance might have identified the problem and good technicians are trained to let customers know when it is time to get replacement options. Now, I am not a rocket scientist, but I can reason it out that a heater will cost less to purchase in September, October, and November than they would in December, January, and February. It is Economics 101, good old supply and demand. HVAC salesmen love a January call when it is 13 degrees outside and your heater is broken. You complaining about the price being too high will not be an issue. The only issue is how quickly the new system can be installed. If you don’t have a relationship with a company, start today by purchasing a maintenance agreement. They will come out and clean your system and point out any deficiencies. Most companies include a discount on future repairs and also waive emergency call out fees for their maintenance agreement customers.

The next thing you should do is start preparing to have your system replaced if it is a warm air system over fifteen years old or if it is a hot water system over 20 years old. A little research goes a long way. Many companies offer discounts, and low or no interest financing options during the Fall and Spring when demand is down. Other advantages are energy savings with newer equipment and peace of mind with fresh warranties. I think you get a better installation when weather conditions are mild because installers aren’t rushing from install to install with the mindset of just getting them done as quickly as possible. It is also more likely that you are going to find a system that better meets your needs and budget when you are not under the gun to replace your system the next day.

I have been servicing heaters and air conditioners for thirty years, and I have seen what happens to homeowners when equipment is neglected or kept past its useful service life. If I help one homeowner make a good decision, this story will be worth my time. Don’t procrastinate or you could have a nightmare on your street. 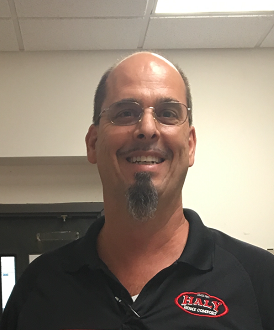